My Top Twenty Most Loved/Hated Characters & Favourite Pieces of Eye Candy of All Time. What are yours?

There’s an internet meme going around at the moment where you’re asked to select your top twenty favourite characters of all time, and then ask people to spot patterns in your choice.

I’ve decided to take this a little further and post my top twenty beloved characters, my top twenty most loathed characters and top twenty favourite pieces of eye candy of all time that have graced/disgraced my TV screen. I’ve also briefly listed some common denominators that I can see between the characters, though would am highly curious if you can see I am missing any patterns in my love/hate! I mean, aren’t we always partially blind when it comes to the people we are attracted to?

Also, be sure to let me know what your top twenty lists, and I promise to give insights into what this reveals about your particular kinks, fetishes and dislikes 😉

Common denominators:
Outsiders: I’m attracted to characters who are the underdog and on social outskirts whether through personality, circumstances or maybe a supernatural transition. I like fish out of water characters like Julie Cooper and Ryan Atwood in rich people’s playground Newport, Matt Saracen being plucked from social obscurity to suddenly being the lead quarterback of his school’s team in a football-mad town, or Dan’s sometimes hilarious ineptitude in early seasons of navigating the Upper East Side. I also seem to like characters who develop layers and strength after a fall from grace and popularity (see Veronica Mars especially).

Acerbic, abrasive snarkery: I appreciate one-liners, but have a particular fondness of characters who are able to needle others effectively because they obviously are highly observant and know how to hit where it hurts. I just like these people to occasionally show that they are marshamallows too 😉

Integrity: I like characters who remain true to who they are, even if it means risking their popularity. This might manifest in a direct, confrontational style to issues or well-meaning pushiness. Characters who lack tact and choose instead to tell it like it is and cut through the crap are close to my heart. These characters might mistakes and hurt people, but they are self-aware and apologise rather than blaming other people for their bad decisions.

Hidden depths/stereotype subversion: Tyler’s “I get it” scene exemplifies another favourite trait of mine – characters who subvert the labels put on them. Other examples: Smash’s dedication to Waverley while struggling with bipolar disorder, despite his player persona, Nathan’s mother hen side when it comes to Barry, Sun reclaiming strength on the island and refusing to be pigeonholed into patriarchal gender roles, yet managing to repair her relationship with her husband while doing this. I also like characters who are at odds with their outward appearance, like Veronica’s sweet doll looks contrasting with her combative personality.

Good Boy Woobies: Probably my most controversial stance in fandom and one I’ve ranted about at length in an earlier post. I’m always excited to hear from people on the other side of the fence on these characters 😉 Basically, I hate Good Boy/Girl Woobies (I count Finn, George O’Mally and Izzie Stevens in this group among the usual suspects like Matt). For me, there is a disassociation between the way that the writers intend for these Golden Girl/Boy characters to come across and how they appear. These people tend to be All About Me, passive-aggressive to their love interests and are never called on their flaws or redeemed because since they are a Good Girl/Boy, everything they do must be justified, right?

All About Me Drama queens: Marissa, Aria and Serena are like the dramatic relief of their shows, and I loathe them for it. I hate theatrics in my normal, real life relationships, and people who blow meaningless personal issues out of proportion, yet don’t seem to care much for real issues their friends are facing.

Betrayers: I hate people who betray their friends, which is why I hold Peter Pettigrew in even more contempt than Voldemort. Voldemort in the very least didn’t sell his friends out to be lambs to the slaughter. Death Eaters knew what they were signing up for, the Potters did not when they became friends with Peter. Michael from Lost, Peyton from One Tree Hill when it comes to hurting Brooke over Lucas – characters like this fall into this category.

I can forgive or at least understand almost any crime other than betraying a friend intentionally, unless true remorse or mitigating factors lead up to the betrayal. For example, Caroline lying to Tyler about Mason was based on her protecting him from antagonising Damon and Tyler’s hesitation was out of confusion and a confluence of other factors, contrasts with Matt manipulating Caroline into thinking she had successfully compelled him so he could spy on her for her mother (despite Caroline earlier telling him everything about her vamping, which meant he presumably wasn’t moved by a single word).
Unearned success: I despise people who have everything fall into their laps without a skerrick of work.

Top Twenty Pieces of Eye Candy AKA The Most Important Category

Now we enter the pictorial essay part of this post.

I found this little nugget while on my fangirl journeys through the internet recently. You’re welcome!

See http://imaginarymen.wordpress.com/ for more goodness of this kind!

(9)    Winchester boys (nope, I am not choosing between them)

I totally got Faith tapping that! 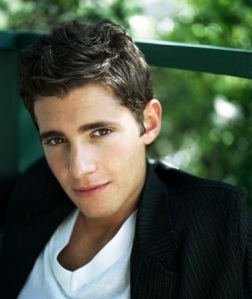 I have a kink for dark/brown hair especially, though mitigating factors like the ability to rock a leather duster or platinum blonder hair can cause me to overlook this tendency. Apparently I also have a pretty boy complex and a fixation on soulful eyes (Damon Salvatore and Tyler Lockwood, I’m looking at you). Many of my favourite men have a penchant for decorative wrist bands or manly neck bands (see Logan Echolls and Peter Petrelli in handcuffed scene). Cute geeks are another fetish of mine.

So, what are your top twenty lists? Can you see any patterns in mine that I missed? Am I absolutely right in my assessments, or should my mind/eyes be checked in your opinion?

My name is Cherie, and I’m an Australian Occupational Therapy Student who hopes to help people with any condition that inhibits their ability to participate in valued occupations, tasks, activities, as I believe they’re an essential part of identity, happiness and health. My favourite occupation is hiking, which enables me to move past through the forest literally and metaphorically! END_OF_DOCUMENT_TOKEN_TO_BE_REPLACED
This entry was posted on Sunday, August 28th, 2011 at 5:48 am and tagged with Candice Accola, Caroline, Damon, Ian Somerhalder, Jeremy, Matt, Michael Trevino, Misfits, Nathan, Paul Wesley, Salvatore Brothers, She ain't no MJ Watson!, Simon, Sookie, Stefan, The Vampire Diaries, Tyler, Vampired, Werewolfed and posted in Buffy The Vampire Slayer, Dawson's Creek, Gilmore Girls, Random, The Vampire Diaries, Uncategorized. You can follow any responses to this entry through the RSS 2.0 feed.
« Peter = Future!Tyler? Dear God, I Hope So!
Social Media Experiment: Check out Rhinocerous in Love, have a Rhino sketch done by local artist Joelie Croser… and maybe win an IPAD 2 for your efforts! »

15 responses to “My Top Twenty Most Loved/Hated Characters & Favourite Pieces of Eye Candy of All Time. What are yours?”