Pacey 2.0 you say? Those are fighting words in some circles.

Remember that time Pacey defended Joey’s honour when her mural was ruined? I sure do!

Yet watch My Mad Fat Diary series one along with me (it’s only six episodes long) and you’ll discover that this along with a multitude of other reasons make MMFD one of the best TV shows EVER. It filled the hole that Friday Night Lights left in me.

It is as rewatchable a show as I’ve ever come across. Regular readers of my blog know that I love to slice, dice and just generally dissect and overanalyze relationships from TV shows I adore. It’s the nature of fandom bases like WordPress, Tumblr and Livejournal to pick apart every little thing about a show, rewatching things again and again for new meanings and making speculation for future plotlines.

The monumental attention to detail in MMFD shows some tender loving care in everything from writing and acting to set design and soundtrack, and I’ll be spending the next few weeks recapping this show and breaking down all of those elements.

So why should you watch along with me? Check out my reasons below if you’re a newbie. And come along for the ride if you’re not so that you can fall in love with the show all over again!

END_OF_DOCUMENT_TOKEN_TO_BE_REPLACED

This week’s episode of the Vampire Diaries, The Sun Also Rises, will forever be known to me as The Naked Tyler Lockwood Show, and for that reason it’ll always hold a special place in my ovaries.

Be warned, smutty innuendo aplenty will feature in this recap. Dangle Naked!Tyler in front of us going “here fangirl, fangirls”, writers, and we will come a-running and a-panting with naughty thoughts.

There was an actual plot in the Tyler/Caroline/Matt parts of the episode, so let’s tackle that shall we?

END_OF_DOCUMENT_TOKEN_TO_BE_REPLACED

Haven’t read Part I and Part II of the Damon Mixtape Series yet?

As Damon would say…

How could I do a Damon Mixtape without a little shout out to KJewls‘ humour? 😉

But seriously, you should if you haven’t, because I’m just going to jump straight in after the lyrics!

END_OF_DOCUMENT_TOKEN_TO_BE_REPLACED

Hugh Hefner, the Playboy founder who bedded many of his own magazines’ centrefolds, gave a simple answer when asked what his best pick-up line is.

Now, we know Stefan loves eating bunnies, both the Thumper kind and apparently even the Playboy kind, back in the day (He tells Elena before their ill-fated double date with Care and Matt about the OTHER double date he’d been on: “’72 Hef and the twins. I got Miss June.” LOVE!)

But when it comes to TVD fandom as a whole, the vamp with the power to drop the panties of most women with the simple recitation of his name is Mr Damon Salvatore. Heck, he even comes attached to the ultimate set of bedroom eyes.

So, strip down to your pink panties if you’re a fangirl or rip open your shirt if you’re a fanboi. It is finally time to dance our hearts out to an in-depth Damon mixtape.

END_OF_DOCUMENT_TOKEN_TO_BE_REPLACED

Look! Caroline’s having a Trevinogasm registering 9.9 on the Richter scale.

END_OF_DOCUMENT_TOKEN_TO_BE_REPLACED

Well, guys, there was no Got Forwood recap last week, because, well there was no Caroline OR Tyler to be had.

The positive side is that there was no Caratt, making me evilly happy about all the pissed off Matt bunnies out there. 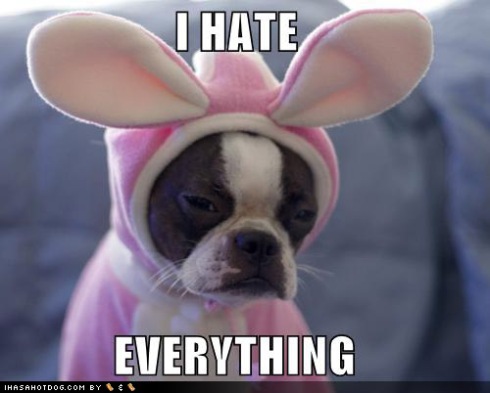 But no Caroline meant no insight into her reaction to Tyler’s departure, or for that matter, the way Matt chooses to deal with the information Tyler gave him before he left, namely that he had fallen for Caroline.

So, even though I have my reservations about entering Matt World, I admit there are a few things that intrigue me enough to be willing to venture there.

END_OF_DOCUMENT_TOKEN_TO_BE_REPLACED

Unless otherwise credited, all awesome GIFs and images come from Gen of txgirl0302 Tumblr

So, in the immortal words of Pacey Witter, is it any wonder that I have fallen 100 per cent ass backwards in love with Tyler Lockwood (Michael Trevino) of The Vampire Diaries?

END_OF_DOCUMENT_TOKEN_TO_BE_REPLACED

Spidey reader Sara was disappointed last week when no gratuitous shirtless shots of Trevino were included in TTT, as an act of rebellion against the jackassery of his character Tyler Lockwood on The Vampire Diaries of late.

Well, Sara, I can’t bear anyone to be disappointed by lack of Trevino shirtlessness.

Looks like we’re not the only ones happy with this idea!

Just think of this as Spidey’s Anatomy. Only who needs McDreamy when you can have McWolfy?