Hey guys, we are gathered here today for a momentous occasion to check my friend Amy H. Johnson’s new book, The Fangirl Files, the hell out.

It’s hard out there for a fangirl, pimping the things we love.

Despite being smarter and sexier than the general population – I mean, this is a scientific fact because we basically feast on the souls of hot, shirtless men – fangirls are often maligned and misunderstood.

So, naturally, I was as excited as the bottle of water Alcide splashes in the latest Magic Mike when Amy unveiled a book about a key part of my identity.

Being an Australian, I am living proof that Amy has international influence, bitches. Friendship through internet fangirling is so special because the friendship is sparked because their minds, – and possibly eyes and ovaries – have connected, somehow.

My two key fangirl sisters from other misters are Amy, who also writes a blog called Imaginary Men, and Julie Kushner of TV Recappers Anonymous. Way back in 2009, I made the exceptional choice to download a few eps of a new show called the Vampire Diaries and soon scoured the internet high and low for people who would understand the life-altering importance of the Team Damon versus Team Stefan debate, and happened upon Julie’s incredible blog, who wrote without a doubt the wittiest recaps of the show. In the comments section, there were hilarious reactions from one of Julie’s followers… Miss Amy!

Over time, our fangirl Holy Trinity analysed this show from every angle with the focused, collective energy of a group of monks fasting on a mountaintop. We discussed everything from Amy’s ongoing confusion about my love for all things Tyler Lockwood to our sadness in season two that the show was temporarily burdened with character development at the expense of shirtlessness and fan service.

And as I wrote in a comment on Amy and Julie’s blog series about their latest fangirl picks, I learned that fangirling can be transformative, empowering, literary, trashy, emotionally draining, hilarious and exhausting. By narrowing in on particular facets of a story, or characters, or songs, you can see into a person’s soul in a way like no other.

Amy perfectly captures in her book that fangirls are just people who feel things a little more strongly. We don’t work in half measures. When we love, we are passionate in our affection and, yes, objectification, of our subjects of interest.

This love may cause us to do crazy, wonderful things, like eating Count Chocola cereal at a ridiculous hour in the morning to be part of a season premiere liveblog, or write a memoir about our life as punctuated by fangirl adventures. Or we will do our own version of Napoleon Dynamite’s dance to Canned Heat for Pedro’s election to cheer up a friend when they are down, and work that song like a hooker pole, dammit!

As Amy herself says: I took chances, had adventures, met people from around the world, and did things I hadn’t thought myself capable of … Indulging in the things you love – music, bands, TV shows, celebrity crushes, is not silly and shallow – it can bring beauty, joy, friendship, confidence and many wonderful memories.

I can add this book to the list of things I love as much as I love to hear Smash Williams talk about himself in the third person. 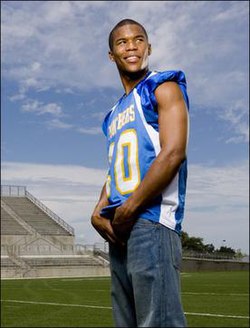 So what have Amy and Julie, my two favourite fangirls taught me?

Aside from hours of fun, laughter, and marveling at insightful, sharp writing, Amy has introduced me to the Killers, Friday Night Lights, and Montgomery Cliff. Friday Night Lights has given me the ultimate philosophy to win at life: clear eyes, full hearts, can’t lose.

Julie has taught me that fangirling will hone your snarking game, and that favourite quotes from your pop culture bank will save you in a pinch when needing inspiration.

Like when you see a gorgeous guy and report back to a friend without a visual and need to convey his gorgeousness, you might go all Rae Earl from 90s nostalgia fest My Mad Fat Diary and say, “I wanted him to treat me like that little goat from Jurassic Park and just. Eat. Me. Whole”. 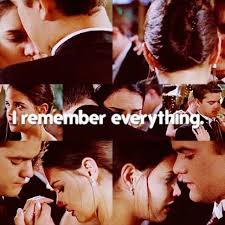 Or to express your annoyance at your mortal enemy slash future soul mate showing up at your place of work ala Joey Potter from Dawson’s Creek: “Did you want anything or did you just come here to infect the place?”

I love how Amy managed to capture the magic of being a fangirl in her book, something that is so hard to explain or quantify to people without the fangirl gene. It’s like explaining why you love someone, there are lots of little and big somethings that might hit you like a lightning bolt or sneak up on you, but it’s something another less loved up person will never truly understand until they experience it for themselves.

I think fangirls get a lot of flak because we tend to keep it real when talking about our obsessions. You won’t find anything more creative than a fangirl when they’re trying to find the words to convey the awesomeness of their current interest. We get so caught up in our enthusiasm we will talk in colourful, creative ways rather than getting caught up about the literary devices that make something a work of art or other typical critical terms.

It’s not that we don’t do this at all, but the swoon factor almost always wins out.

But let’s be honest, when you are trying to convince someone to read a book or watch a show, do you describe it in fancy terms or more relatable terms, as when I was convincing friends to watch my recent fave, The Mindy Project: (Me: “Oh my God, I’m so in love with that show, and when Doctor Castellano danced to Try Again my ovaries exploded and I just wanna have sweaty, grumpy, half-Italian babies with him”)?

Fangirls just get to the heart of what people care about.

Also, mass culture is just as, if not arguably more, worthwhile to analyse, because it reflects current modes of thought and gives us an opportunity to examine our reaction to them. Whilst looking at pretty, pretty, pretty men.

Daniel Radcliffe probably said it best when showing his support for fans by saying, well, some people are addicted to heroin, man. Who are we to argue with Harry Potter??

Australia is sports obsessed and people regularly lose their shizz over the outcome of a sporting match (in some countries, people have been KILLED over a high profile sporting match, for reals), yet seem puzzled when I show equal passion for a piece of pop culture. All I say is, the people you love kick inanimate objects between goal posts, the people I love just happen to try to save the world from White Walkers through the use of Valyrian swords.

Now, as a fangirl, I have particular difficulties arguing with men about whether I have substance or not.

For men who are dubious about fangirls, but who constantly express confusion over what women want, that is an untapped resource right there, my friends. Your fangirl friends could point you in the direction of any number of romantic heroes, like Pacey Witter, for pointers on how to virtually guarantee the dropping of panties like buying someone a wall or catapulting yourself over a car to punch a bully and defend a lady’s honour.

Just, like, be a man already, and get over your neuroses about fangirls and get laid through advice from us based on our insane knowledge of grand gestures and sexy dialogue.

Also, for the men who believe that Star Wars is morally and intellectually superior to my at times far more girly interests – I mean, seriously, life and death decisions that affect the entire galaxy are made in the series that hinge on discussions with holograms… Just don’t tell me your shizz makes more sense, than mine, k?

And, in closing, may I provide one further argument for the power of the fangirl – in a nation wildly divided over issues like immigration policy, Australia has only once been entirely united in mind and spirit during my lifetime – immediately following the untimely death of Dr Patrick Reid from Aussie series Offspring, which united every woman in an outpouring of grief on social media, phone conversations and news articles over the tragic loss of a national treasure.

So, follow Amy’s advice from her brilliant new book, and live and love hard, then recover like a trooper and storm the frontlines of whatever passion in life makes your heart sing.

And, if you liked this review, and are intrigued to hear more, keep your eyes peeled for my upcoming review of one Miss Julie’s books.

My name is Cherie, and I’m an Australian Occupational Therapy Student who hopes to help people with any condition that inhibits their ability to participate in valued occupations, tasks, activities, as I believe they’re an essential part of identity, happiness and health. My favourite occupation is hiking, which enables me to move past through the forest literally and metaphorically! END_OF_DOCUMENT_TOKEN_TO_BE_REPLACED
This entry was posted on Friday, October 28th, 2016 at 11:23 am and tagged with She ain't no MJ Watson!, The Fangirl Files, The Vampire Diaries and posted in Book Recaps, Dawson's Creek, Game of Thrones, Get inspired, Harry Potter, Just sayin', My Mad Fat Diary, Rants, Spidey Sensory Overload, The Vampire Diaries, Vampired. You can follow any responses to this entry through the RSS 2.0 feed.
« Buffy Rewatch – What’s My Line Part II